+27 71 611 7530 service@voyage2africa.com
Home » Safari and holiday destinations in Africa » Safari to Botswana and Holiday Packages » The Makgadikgadi Pan in Botswana

+27 71 611 7530 service@voyage2africa.com
Home » Safari and holiday destinations in Africa » Safari to Botswana and Holiday Packages » The Makgadikgadi Pan in Botswana

The Makgadikgadi Pan in Botswana

So many stories, so much truth. Find this vast salt pan in the southeast of the Okavango Delta, surrounded by the Kalahari Desert. Stay at famous Jack’s Camp hosted by Uncharted Africa Safaris and get to explore the intricate blend of wet and dry ecosystems inextricably linked by the water that flows to their resident wildlife and plants.

It is said that the great Makgadikgadi Pan is not one pan but many pans with sandy desert strewn between – the Sua, Ntwetwe and Nxai Pans. It is said that modern Homo sapiens first began to evolve in this region some 200,000 years ago, when it was a massive, remarkably fertile area of lakes, rivers, marshes, woodlands and grasslands. This habitat made it easier for people to live there and to evolve, along with their mammal animal friends.

Maybe this is why so many travellers are innately drawn to experience the pans every season? In their stark beauty when it rains and soft green grasses start to grow, attracting impressive herds of antelope and zebra, followed by predators like lions, leopards, cheetah, jackals, and reptiles. When rainwater pours into these huge drainage areas, they spring to life, growing fresh grasslands and feeding majestic Baobab trees.

Makgadikgadi covers an extensive 6,200 square miles (16,057.9 km2) of space – and it is said that the super ancient Lake Makgadikgadi covered up to 80 000 square kilometres! This super flat attraction lies in the Kalahari Basin – a dry, salty, clay crust most of the year, then suddenly covered with water and grass when it rains.

Shimmering white flat barren unforgiving yet inviting, wild yet not. Nothing but 12 000 square kilometres of pure salt. The Makgadikgadi Pans is the epitome of pure wild Africa. This is one of the largest such natural flat expanses of terrain in the world. When the great, ancient Makgadikgadi Lake shrank, several smaller lakes formed with gradually smaller shorelines. Now, you can go and see the most well-known Pans including Sowa and Ntwetwe, and the popular Nxai Pan’s Baines Baobabs.

These prehistoric trees, so ancient and regal, are also called ‘the sleeping sisters’, now a magical camping destination for outdoor enthusiasts who want to experience real raw nature. Choose to pitch a tent at Kaudia Camp Pan or the Nxai South camp.

From dry and lifeless, to wet and lush

Endless miles of open white space, hot, dry and salty. These are the pans – seemingly lifeless. And then, metamorphosis, transformation, when the annual rains come, they are completely rejuvenated to become new, lush, grassy, sparkling water basins to which jubilant animals and birds flock. The pans play a vital role in the Kalahari Desert’s ecosystems. For millions of years, water has been drenching the dry landscape sporadically, keeping it alive.

The wet season also brings migratory birds such as ducks, geese and great white pelicans, cranes and the greater flamingos. The grasslands on the fringes of the pan are home to reptiles such as tortoises, rock monitor, snakes and lizards including the endemic Makgadikgadi spiny agama.

The drama of the mind-blowing annual wildebeest and zebra migrations consumes the landscape when the rains come between February and April. Teeming, running, skittish, desperate herds of animals heading to the water, driven by inner intent, instincts and the will to survive. Behind them come the opportunistic predators weeding out the weak and the fallen for easy meals on the run. Game viewing is fantastic at this time while wildlife lovers shoot photographs, gasp in awe and shock that the savageness of real raw nature, in survival mode. And the night skies are full of stars and silence and the desert is the only neighbour.

Humans have lived around the Makgadikgadi Pan since the Stone Age, adapting to the harsh geography and climate over time. Archaeological sites on the pans reveal ancient tools and fossils of fish and animals similar to what prehistoric man would have eaten. Archaeological findings date some of these tools so long ago to establish their origin as earlier than the era of Homo sapiens.

Family Holidays in the Pan

Take your family on a breath-taking holiday to a flat, dazzling, exciting salt pan – a Makgadikgadi Pan safari is the ultimate bush getaway in Botswana for all ages!   Choose lodges close to the pans that are especially set up to host children and to focus on their unique needs. Kids will feel in awe and want to run free in this vast magic place so take them on game drives, hikes, cultural walks with Bushmen (San) and tracking animals using their spoor and other signs. There are even tours to get up close and personal with tiny meerkats that live in holes in the ground! That early morning as the sun rises and a hot cup of tea is brewed is the best time to be awake and to listen to wildlife waking up too. Treat your family to this once in a lifetime experience in the Botswana wilds of Makgadikgadi Salt Pan – a time to be active and to be quiet, a time to chat and a time to listen. Nature beckons.

The Best of the Best Safaris in The Makgadikgadi Pan

Plan a Botswana tour and safari with Voyage2Africa, the African travel experts, and enjoy signature experiences to premier wildlife destinations south of the equator. We bring you thrilling adventures in the infinite spaces of the Kalahari, Makgadikgadi Pans and Kgalagadi Transfrontier Park. We offer you the best of the best safari accommodation in and around Makgadikgadi Pan, in lavish lodges, family resorts, modern hotels, eco villas and rustic wild campsites in nature.  Take a look at some beautiful bush camps here for starters. 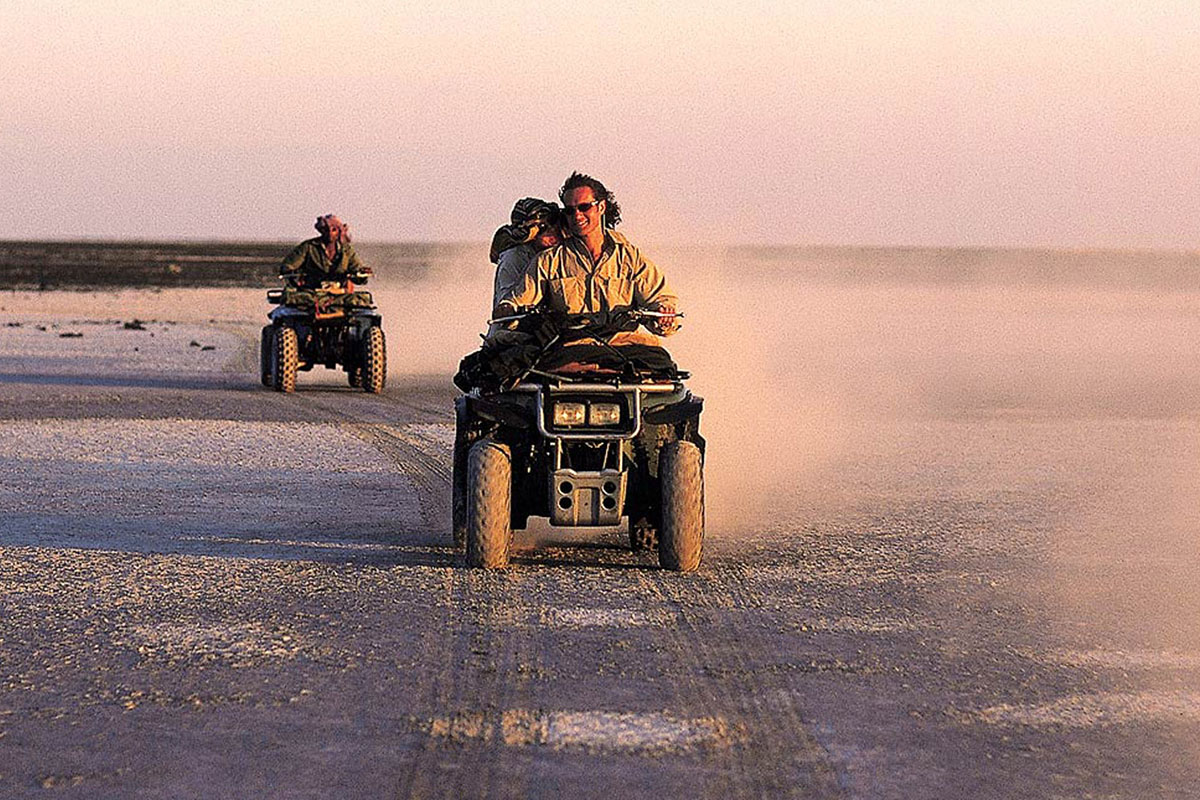 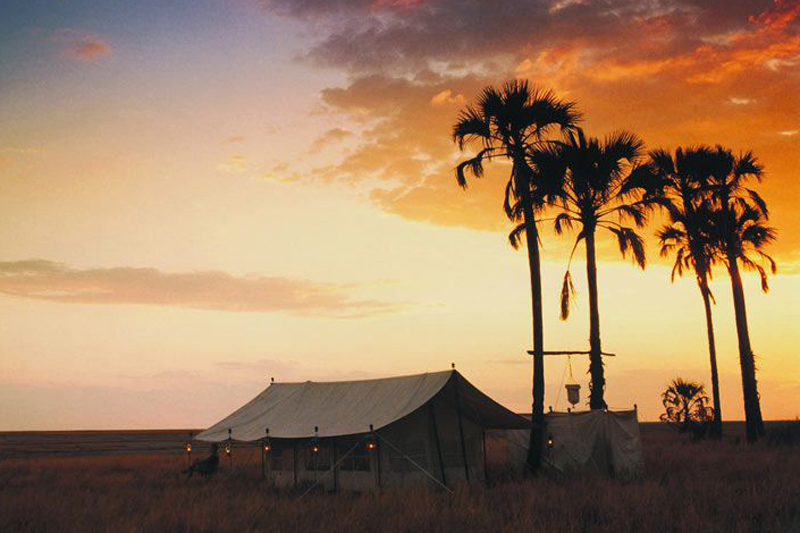 We use cookies on our website to give you the most relevant experience by remembering your preferences and repeat visits. By clicking “Accept All”, you consent to the use of ALL the cookies. However, you may visit "Cookie Settings" to provide a controlled consent.
Cookie SettingsAccept All
Manage consent

When you book with an account, you will be able to track your payment status, track the confirmation and you can also rate the tour after you finished the tour.
Sign Up

Or Continue As Guest